The first “Body” of the Bohemian Brethren stood around 1458 on the site of today’s no. 238 – so-called Na Sboru house.

In 1547, after the failed uprising of the Bohemian estates, where eight leading personages were also members of the Brethren, Ferdinand I evicted the church from royal towns, and ordered closing of the bodies. Bishop Jan Augusta was imprisoned.

Jaroslav of Pernstein – owner of Litice manor, which included Kunvald, had all the Brethren banished from his domain, and closed the Kunvald body.

After the Letter of Majesty by Rudolf II in 1609, which guaranteed religious freedom, the Brethren came back and rebuilt the house to a school.

It was not for long, though, because after the Battle of White Mountain the Bohemian Brethren were prohibited again, and the school was used as a Catholic facility till 1750, when new school building was built in Upper Kunvald.

The house was sold to a private person. The Evangelical Church of Czech Brethren purchased the property in 1929, and made it a monument to the Bohemian Brethren. The Church is still the owner.

The last major reconstruction was completed in 1992. The House was reopened for public on the anniversary of 400 years from the birth of J.A. Comenius, the last bishop of the Bohemian Brethren.

Old memorial book from 1910 demonstrates how much the locals cherished cultural legacy of their predecessors.

Exhibition explaining truly magnificent importance of the Bohemian Brethren, who support education and are still active under various names around the world, was installed in 1992. The exhibition was renovated and opened in the present format on 28. 10. 2004. 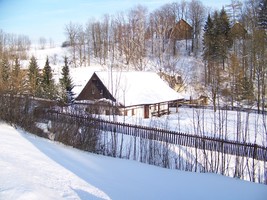 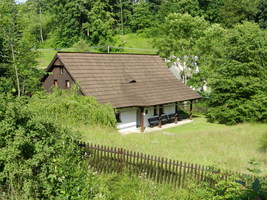 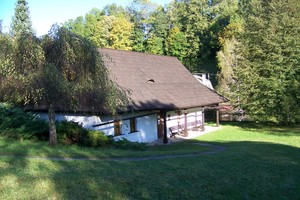 Na Sboru House
Back to overview